Salween River is Being ‘Sold Off’ to China " 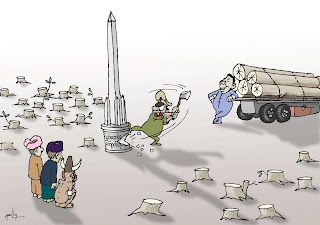 Public By Kor Kham
Shan National Day” or “Shan State Day”?One problem facing Shans each year when 7 February draws near is whether the day marking the unity between ruling princes and their people against British suzereignty should be called “Shan National Day” as it used to be or “Shan State Day” as renamed by the military junta that came into power in a bloody coup in 1962.Those in favor of the former name say we should stick to the historical labelThose against it say “Shan National” only means the day is only for Shans and not for non-Shans who together constitute 50% of the population, according to the pre-Independence census; as such “Shan State Day” is preferable to the historical nameSo why did they agree to call it “Shan National Day” in the first place, when, out of the then 33 princely non-Shan princes and two of the leading non-Shan princes (Tawngpeng and Hsihseng) were highly educated and well-informed?The answer lies in both the ambiguity of the term “Nation” and how rulers and people understand the word, then and now.When you look into the dictionary, two simple distinct meanings are found:All the people in a countryA tribe or raceAt the time when the word “Shan National Day” was coined, it was quite obvious most of the ruling princes thought it applied to all the people in Shan State, then known as Federated Shan States. I remember when I was a kid, people, both Shan and non-Shan, joined together to observe the annually held event.However, as I grew older, the interpretation began to change. People started saying, “Shan National Day means it is only for Shans, and not us (PaO, Palaung, Wa, Lahu, etc). We should call it Shan State Day, so that all of us are included.”All those complainants then and now, appear to be unaware that the decision to name the day as “Shan National Day” in 1947 was signed by none other than Hkun Pan Sing, President of the Shan States Council and Palaung prince to boot.By 1963, a year after the coup, it became clear unless it was called Shan State Day, one was certain to risk being called a rebel or a separatist. Among the resistance ranks, the situation was almost exactly the reverse. One could risk being accused as a junta follower by calling it Shan State Day.To placate both camps, some have begun to call it “Shan State National Day” which in effect pleases few people.One of my late uncles explained to me why the term National Day was opposed by the junta. “For many countries, a national day means the day you either declare independence or were granted independence,” he said. “The generals simply don’t want youths like you to get ideas about it.”He may be right. I’m sure he was.However, unless a new Shan State Council takes the matter into its hand and reaches a new resolution, I’m afraid we will still be arguing among ourselves how we should properly call the day, every time 7 February is in the offing.
Posted by Unknown at 07:05 1 comment:

The Brief History of The Shan State and its resistance Day

The brief history of the Shan State and its resistance Day.

The Shan who call themselves the Tai are found primarily the Shan State of Burma. The Burmese word "Shan" (referring to the Tai) is variously spelled Syam, Syaam, and Syan in the inscriptions of the Pagan period (1044-1334) and in old Burmese texts. In modern Burma the Tai people are called Shan, as are various other branches of the Tai people of Shan state in Burma.
The Shan are a branch of the Tai race. Historical accounts maintain that Upper Burma was the place of the Pyu and the Shan before the establishment of the Pagan kingdom by Anawratha (1044-1077). In Yunnan the Mao kingdom of the Shan existed until it was subdued by the Ming court. From that base they often sent forays into Upper Burma and Assam. Later they had Shan colonies in some parts of southern and northern Shan state, Kachin state, and Sagaing Division in Upper Burma, and all these colonies were under the suzerainty of a Mao chief. Eventually the Shans also controlled almost all Upper Burma. This Shan period of Burmese history lasted from about 1300 until 1540. The Shan of Yunnan, however, were subdued by the Chinese after three successive wars (1441-1448). The final destruction of Shan power in Yunnan occurred in 1604 when the Chinese troops swooped down on Mongmao. After the collapse of the Mao kingdom in Yunnan, the power of the Shan in Burma also weakened and the group finally disintegrated into many small Shan principalities. The development of the Shan in Burma depended much upon the political history of Burma which eventually divided the Shan into such groups as:
a. the Khamti Shan (the Tai in the Khamti region of Sagaing division in Upper Burma)
b. the Mao Shan (the Tai in the Mao River valley in northern Shan state)
c. the Tai Leng (the Red Tai in Kachin state)
d. the Gum Shan (the Tai Hkun in the Kengtung district of eastern Shan state)
The Shan (Tai) are spread throughout Burma, in Shan state, Kachin state, and Sagaing division. The states and divisions in Burma were fixed during the British administration period (1885-1948). In the time of the Burmese kings, the Shan (Tai) areas were named "Saint Taing," "Kambawza Taing," "Haripunza Taing," "Khemawara Taing," etc. In the British administration period (1885-1948), Burma was reorganized into states, divisions, and hill tracts. The present Shan state was formed during the British period, becoming the "Federated Shan States" in 1922. The rest of the Shan areas in Burma were put into Sagaing division, Myitkyina, Bhamo, and Putao districts. The geographical barriers, difficulties in communication, and the system of administration since the times of the Burmese kings separated the Shan from each other, resulting in each group developing its own way of culture and tradition. Thus, those Shan who settled in the Khamti region are called Khamti Shan, those in the Mao River valley are Mao Shan, and those in eastern Shan state are the Hkuns.

A Brief History of Tai(Shan)

“Shan” comes from the Burmese rendering of  “Siam” or “Siem” the name by which the ancient Khmer or Cambodians call the Tai or Thai People. The Shan are members of the Tai Speaking Peoples who today live in northeastern India, Burma & the Federated Shan States, Thailand, Laos, Cambodia, Vietnam and south & southwestern China. In 1957, Premier Chou-en-lai said that there are over 100 million Tai or Dai Speaking Peoples in the People’s Republic of China.
Historically Shan or Tai Kingdoms & Principalities have stretched from northeast India through Southeast Asia and into south & southwestern China and the Shan today are linguistically and culturally closely related to modern Thailand and Laos.
In the late 19th century the Shan Principalities on the Shan Plateau were annexed by the British following their conquest of the Burmese kingdom of Mandalay and British Burma then consisted of the Shan States, “Burma Proper” and the Frontier Areas.
Administratively, the Shan States as a Protectorate ruled themselves & had autonomy in internal affairs separate from “Burma Proper” which was governed directly by the British Governor in Rangoon – and indeed Banknotes of British Burma were inscribed in English, Shan & Burmese.
After the end of WWII the Shan Princes & Representatives in 1946 convened the First Panglong Conference in the Shan States attended also by Leaders & Representatives of the British Burma Frontier Areas. A second Conference was called in 1947 to which the Burmese came as Observers and it was at this second Conference that General Aung San of the Burmese tabled a proposal to include “Burma Proper” in forming a Union.  In the vote that followed, the Shan narrowly by a margin of 51:49%, voted for the Union of equal partnership and because of this decision take by the Shan, the Chin, Kachin & Karenni also ratified the Panglong Agreement which also specified the Right of Secession – a Right that is also recognized in the 1948 Union of Burma Constitution, Chapter X specifically stating the Shan State’s Right to Secede from the Union of Burma after 10 years.
Following the second Burmese military coup in 1962, the Shan State has lost all its autonomy and is now under Nazi-like occupation of the Burmese SPDC regime. In 2000, 2004 & 2006, Shan Leaders secretly and clandestinely held meetings and canvassed the people of the Se-Viengs or Counties of the Shan lands resulting in 2000 & 2004 in a 48:14 voting for independence and that majority rising to 54:8 or 87% majority for independence in 2006.
On April 17, 2005 President Prince Hso-khan-pha of Yawnghwe, under instructions from the Shan Leadership inside occupied Federated Shan States (consisting of Shan, Palaung, Pa-O, Kokang States and other ethnic communities), made a Declaration of Independence and the Shan Government is now working to fulfill its Mandate for Independence and to deliver humanitarian relief to the victims of Burmese SPDC atrocities and war crimes.
Posted by Unknown at 18:18 No comments: